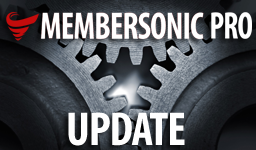 This month marks the 4th year anniversary of MemberSonic Pro.  We launched MemberSonic in beta in September 2012, and since that time we’ve made 84 updates to the software. Over the past few months, Alex has been busy behind the scenes working on a new version MemberSonic Pro.  He has spent 150 hours reworking the […]

Today we released an important update to MemberSonic Pro.  Version 1.472 includes: [ENHANCEMENT] PayPal direct URLs (PayPal hosted payment buttons) – We rewrote the integration script for paypal hosted buttons. If you are using this functionality, it is extremely important that you update to Version 1.472.  You must also modify your PayPal button settings in […]

We released a new version of MemberSonic Pro today.  Version 1.471 includes [NEW] Added functionality to support our new add-on master portal plugin which we will be releasing the week of June 20th 2016. For the complete Change Log, please click here.

Alex just finished MemberSonic version 1.470 and we pushed it out to our customers. This new version includes: [NEW] General Settings – There is a new submenu item called “Master Portal”. This will allow you to use the new add-on plugin called MS Unified (this new plugin creates a master portal that links all of […]

BOOM.  I love starting a month of with news like this.  Today we released a new version of MemberSonic Pro and it includes the follow new features: [New] Full Integration with ThriveCart.  This is a new shopping cart that hasn’t even been publically released (yeah I think we are the first membership site application to […] 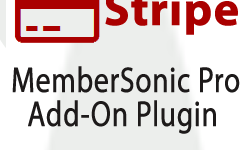 We released a new version of our free Stripe add-on plugin today. This new version addresses the following bug: [BUG] Fixed an issues that caused the payments page not to display properly. This free plugin is available for download here: https://www.membersonic.com/members/stripe/

BOOM. No sooner did we release version 1.456 that we released yet another update. In an effort to streamline the software and keep up with the ever increasing security changes made by several hosting platforms, we’ve made another important enhancement. You won’t see any difference, but it will be slightly faster for loading login pages […]